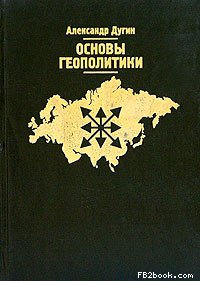 An article by Charles Firth, published last March on the news.com.au website, makes it clear that the Ukraine war, Brexit and the Trump presidency were in essence planned 20 years ago by Russian strategists Alexander Dugin and Gen. Nikolai Klokotov in the book Foundations of Geopolitics:


Let’s start close to Russia. The book argues that Ukraine should - surprise, surprise - be annexed by Russia. “Ukraine as a state has no geopolitical meaning, no particular cultural import or universal significance, no geographic uniqueness, no ethnic exclusiveness, its certain territorial ambitions represents an enormous danger for all of Eurasia and, without resolving the Ukrainian problem, it is in general senseless to speak about continental politics.” It goes on to argue that the only use for an independent Ukraine would be to provide a barrier to Europe, but that it’s not necessary.

Next, it turns to Britain. The book’s authors say Russia should encourage Britain to leave the European Union, and thus weaken it. That’s right. Russian strategists were openly arguing in favour of Brexit in 1997, when it was still just a glimmer in Nigel Farage’s eyes.

But perhaps most amazing part of the book is when it calls for Russia to “introduce geopolitical disorder into internal American activity, encouraging all kinds of separatism and ethnic, social and racial conflicts, actively supporting all dissident movements – extremist, racist, and sectarian groups, thus destabilising internal political processes in the U.S. It would also make sense simultaneously to support isolationist tendencies in American politics.” If that reads like an accurate description of Trump’s inner-circle, again remember that this text was written twenty years ago.