The Last of the Colonialists 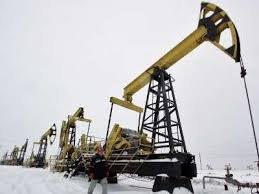 A remarkable essay in The American Interest by analyst Vladislav Inozemtsev on the last of the great European empires:


To pump more money into the central budget, the Russian leadership continues the economic exploitation of Siberia. The overall share of regional tax revenue accruing to the Siberian government dropped from 51 percent in 1997 to less than 34 percent in 2014—the central government not only introduced new taxes and duties, but created state corporations that operate in Siberia but have their headquarters in Moscow or St. Petersburg, where they pay regional taxes. Therefore, the regional gross product generated in the cities of Moscow and St. Petersburg exceeds the regional gross product of the whole area from the Urals to Sakhalin and Kamchatka. Formally, Russian statistics counted only 9.2 percent of the nation’s exports as originating in the Siberian Federal District in 2016, since the official “exporters” are Moscow-based companies. Russian natural gas thus appears to be pumped exclusively inside the Moscow ring road. All this exploitation causes massive underinvestment and the persistence of low living standards in Siberia. With this obsession with “national unity” and “territorial integrity,” which prompts it to hang onto its remaining dependencies at any cost, Russia risks losing, or perhaps ruining, its colony.