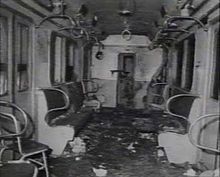 As Alexeyeva continues to chronicle and analyze the various phases of the protest movement, she encounters from time to time an uncertainty that is reflected in the three words "инакомыслящий", "диссидент" and "правозащитник". In her account, "инакомыслщий" is mainly a general term that can be used of anyone whose opinions differ from those of official policy - thus even nineteenth century authors like Pushkin and Dostoevsky could be called "инакомыслящие", while "диссидент" is a more modern term, applied mainly to the individual writers, thinkers and publicists who set themselves in opposition to Soviet power. "Правозащитник" refers to the rights defenders, those who have studied the Soviet penal and legal code and use their knowledge of it in order, among other things, to hold the authorities to account.

In the sections that follow the book discusses the development of the Chronicle of Current Events, and its role in tracking and documenting the legal cases before the Soviet courts, in providing material, personal and financial support for sentenced and convicted rights defenders and in shaping the public protest actions that gradually became more numerous both in Moscow and Leningrad, and beyond. A section is devoted to the establishment of the Moscow Helsinki monitoring group, and there is a pointed discussion of the momentous tamizdat publication of Solzhenitsyn's Gulag Archipelago. Already evident here are the divisions that opened up between different wings of the movement, the national-patriotic views of Solzhenitsyn clashing, for example, with the internationalism of the Sakharovs. However, Alexeyeva is at pains to emphasize the essential unity of the protest, and keeps the activities and writings of the nationalists separate, in a special chapter.

The Kremlin authorities tried by every means in their power to discredit the growing opposition movement. A significant moment was reached on January 8, 1977, with the Moscow metro bombing*. That blast, like the others that occurred in the capital that day, was eventually blamed on Armenian nationalists. But as Andrei Sakharov pointed out, there were suspicions that the explosions might have been the work of someone else  Without directly charging the KGB with responsibility for the attacks, Sakharov wrote:


"I have serious grounds for concern. There is the provocative article in the London Evening News by Victor Louis. There are the arrests and interrogations of people who are clearly not related to the bombings. There are the murders of recent months, probably committed by the KGB. which were not investigated. It is enough to mention only two of them: the murder of the poet Konstantin Bogatyrev and the murder of the lawyer Evgeni Brunov."

*On a topical note: some commentators have noted that the explosive device in the 1977 metro bombing was of a homemade type (manufactured from a cooking utensil and black powder) similar to the ones that were used in the Boston attacks of April 15, 2013.