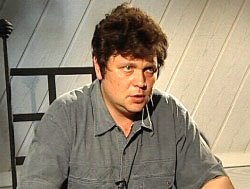 “It is regrettable that in today’s Russia, the right to speak out peacefully on human rights will not be upheld by the courts,” said Maureen Byrnes, Executive Director of Human Rights First. “This court decision will further disrupt the work of the RCFS and send a chilling message to anyone in Russia who dares to speak out against human rights violations in Chechnya and the North Caucasus.”

Update: In a related development, the Moscow City Court today upheld a decision by a lower court to seize the bank accounts of Open Russia, the charity run by Mikhail Khodorkovsky, former chief executive of the Yukos oil company, who is now serving a 9-year sentence in a Siberian labour camp.
Posted by David McDuff at 9:09 am