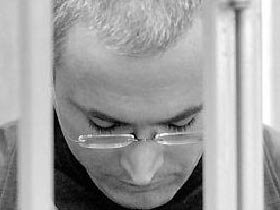 Re the knife attack on Mikhail Khodorkovsky, the New York Times reports:

Another Khodorkovsky lawyer, Natalya Terekhova, said her client had been stabbed in the left nostril, the Gazeta.ru news Web site reported.

Terekhova, who practices in the Siberian region of Chita where the prison is located and is due to meet Khodorkovsky on Monday, said the assailant was a 23-year-old cellmate called Kuchma who was now being held in solitary confinement, according to Gazeta.ru.

The aim was not to kill Khodorkovsky but probably to disfigure him, Gazeta.ru quoted his lawyers as saying.