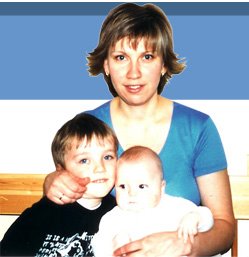 Yukos lawyer Svetlana Bakhmina has been sentenced by a Moscow court to seven years imprisonment in a labour camp. She denies any wrongdoing.

Gazeta.ru quotes Boris Nemtsov as saying that Bakhmina does not deserve the sentence, which he calls an act of repression, considering it part of a campaign by the Kremlin aimed at intimidating business employees in order to prevent them from expressing independent views on society in Russia.

Kasparov.ru has a report (in Russian), which describes how at today's trial the judge made an error while reading out the sentence, saying that the 7 years were to be spent in a "general regime" [obchschii rezhim] labour camp, and then correcting this to "strict regime" [strogii rezhim]. Ironically, the sentence was announced on the same day that the State Duma approved an amnesty for several categories of prisoners, including the very young, the very old, and mothers with children. There is no sign, however, that Bakhmina's sentence is affected by the amnesty.

She is also still denied access to her young children, whom she has not seen since 2004.
Posted by David McDuff at 6:48 pm