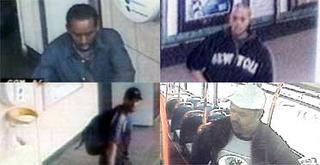 As the British authorities ponder how best to respond to the current wave of terrorist bombings, which may augur a sustained campaign not unlike those of the IRA, lasting for many months, or even years, they are all too aware that the manner of their response will have an impact beyond the borders of the United Kingdom. In Yezhednevnyi Zhurnal, the perceptive commentator Alexander Golts considers the implications for Russia of what is taking place in Britain. An excerpt, in my translation:

London has not randomly been chosen as the target of terrorist attacks. Its tolerance, dignity and confidence in the inviolability of the law are the personification of Western civilization. The terrorists are confronting its steadfastness with their terrible experiment. Will Londoners remain as they were before, or will fear of the invisible enemy turn into racism, xenophobia, the persecution of "foreigners"?

The terrorists are clearly going on the assumption that the London bobbies have been given permission to behave like Moscow cops – stopping a man in the subway merely because the colour of his hair and the shape of his nose are suspicious. In short, that they will betray their traditions, and start "rubbing out in the outhouse". And then, the terrorists feel encouraged to believe, British Muslims, who have absorbed confidence in the inviolability of their own rights along with their mothers’ milk, will feel they have been insulted. As a result, some will turn up in the ranks of the supporters of "Al-Qaeda".

What happens now in Britain will be extremely important for Russia. Putin and his entourage are watching very closely how the leaders of the Great Powers act in extreme situations. The YUKOS affair became possible after the American invasion of Iraq: President Putin, who has never believed in democracy and the supremacy of law, viewed them as something like a club necktie, which one was supposed to wear. And he wore it for so long and no longer, until he saw that when his friend George got impatient he didn’t give a damn about international law. Putin concluded that the main thing was not law, but the presence of force and determination, the notorious "resource". If the British follow the road of "extremism" – the effect will be felt in Russia, for sure.