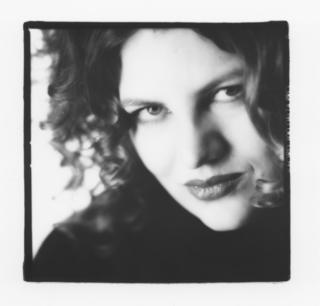 The strings course, attended this year by students from the United Kingdom, Iceland and New Zealand, was composed of practical seminars covering a wide range of topics and special areas of interest, including transcription, rhythm syllabics, jazz scale exercises, harmony & ear training, and harmonic analysis of jazz standards with reference both to the construction of the improvised line and to string backing. Each morning seminar was followed by an hour and a half of workshop activity focused on the string ensemble, with piano, bass and drums. Among the compositions chosen as course material were Thelonious Monk’s We See, McCoy Tyner’s Passion Dance, and (in a repeat from last year) Henry Mancini’s A Shot In The Dark, which the ensemble performed at the final concert.

The afternoon theory, rhythm and workshop classes, led by a corpus of tutors some twenty-five strong, including saxophonists Don Rendell, Malcolm Miles, Jean Toussaint and Martin Hathaway, pianist Huw Warren, vocalist Donna Canale and many others, were not divided up by instrument, and so there was an opportunity for students to work in ensembles of different and varied kinds. Each workshop led to a recording session in the school’s basement studios and a performance at the final concert. As in previous years, the presence of strings in the workshop ensembles led to some interesting and sometimes problematic situations, though these were usually resolved in a satisfactory way. My own experience in a Level 4 improvisation workshop with a group formed of 4 saxes, viola, guitar, piano, bass and drums involved an encounter with a non-functioning microphone in the recording studio which in our performance of Joe Lovano’s Luna Park more or less failed to pick up the sound of the viola at all. Since the previous day’s recording of the string ensemble in the same studio hadn’t entailed any such problems, I didn’t take an amp to the recording and relied on the studio sound system, which was doubtless a mistake. In general, during the week I had the impression that there is still quite a way to go before strings are generally integrated and accepted as “normal” instruments in jazz education and jazz ensemble playing. Jazz viola in particular seems – perhaps unsurprisingly – a slightly marginal genre of playing, with course tutors quite happy in a group setting to refer to “the violin”, when meaning the viola (one tutor even asked me, in class, quite seriously: “what’s the difference between a viola and a violin?”, though I like to think that this was probably a didactic question aimed at informing students of other instruments who might not be aware of what the difference was).

The Wednesday evening tutors’ concert also revealed some discrepancies with the integration of string instruments in a jazz setting. Tanya Kalmanovitch’s playing was certainly audible, but while this was in many ways a rousing and entertaining concert, as a listener one had the sense that the other musicians were not wholly attuned to the presence of a string player in their midst. This was particularly noticeable in one of Tanya’s own compositions, where her fine, melodic solo – in a meditative, lyrical, but also intellectually structured vein – was undermined by alarmingly insensitive playing from the group’s pianist.

In spite of the occasional problems, however, this was a stimulating week of jazz education and music making, which I would wholeheartedly recommend to string players, whatever their level of training. One of the most striking aspects of this year’s strings course was the high level of technical ability among the students, and their openness to all kinds of music, from classical through world music to jazz. The spirited performance given by Tanya’s klezmer ensemble at the final concert on the Friday evening made one aware of the futility of applying categories to music – for this lively rendering of the traditional dance tune “Odessa Bulgarish” with clarinets and strings was unmistakably jazz.

Once again, thank you, Tanya.
Posted by David McDuff at 7:53 am